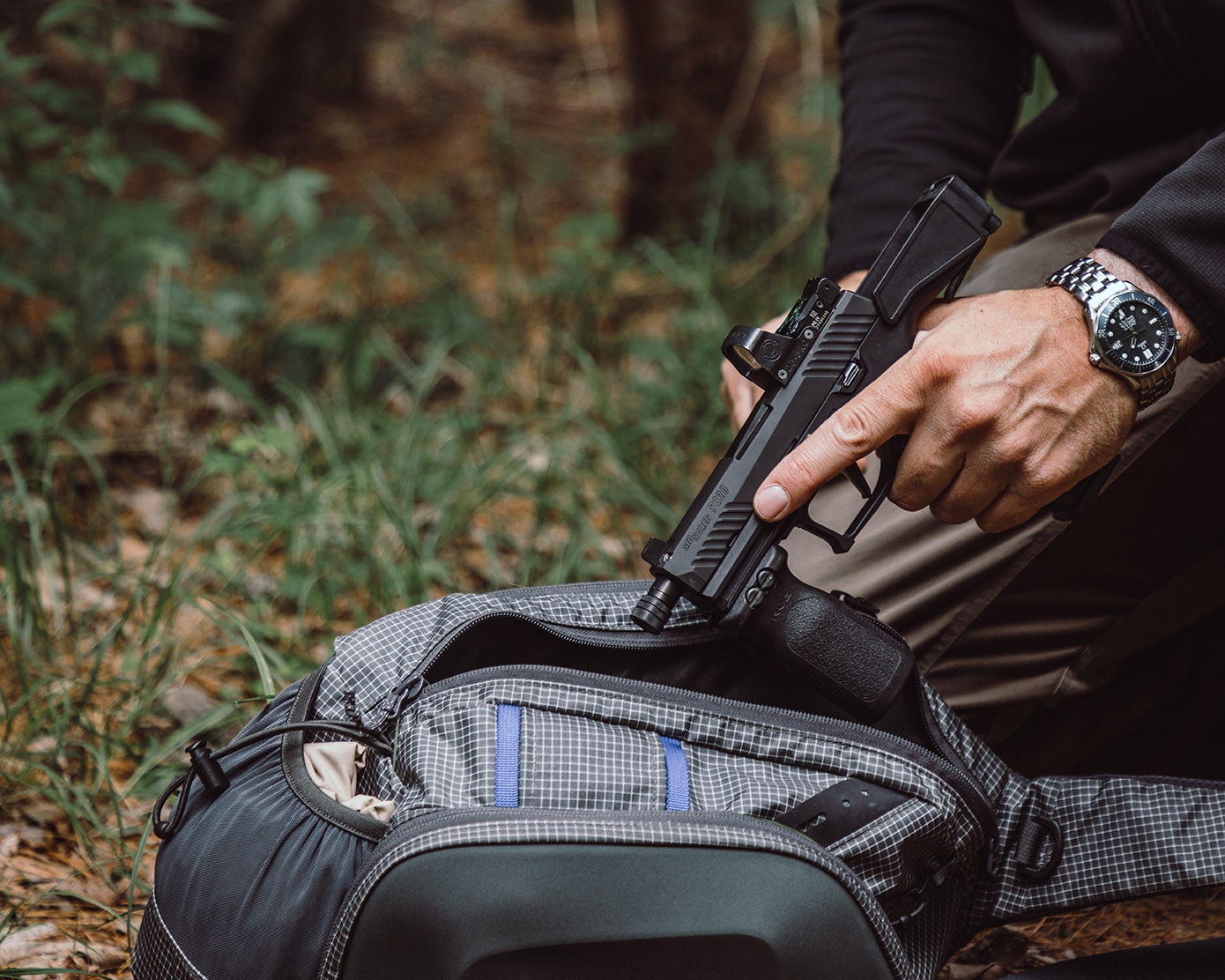 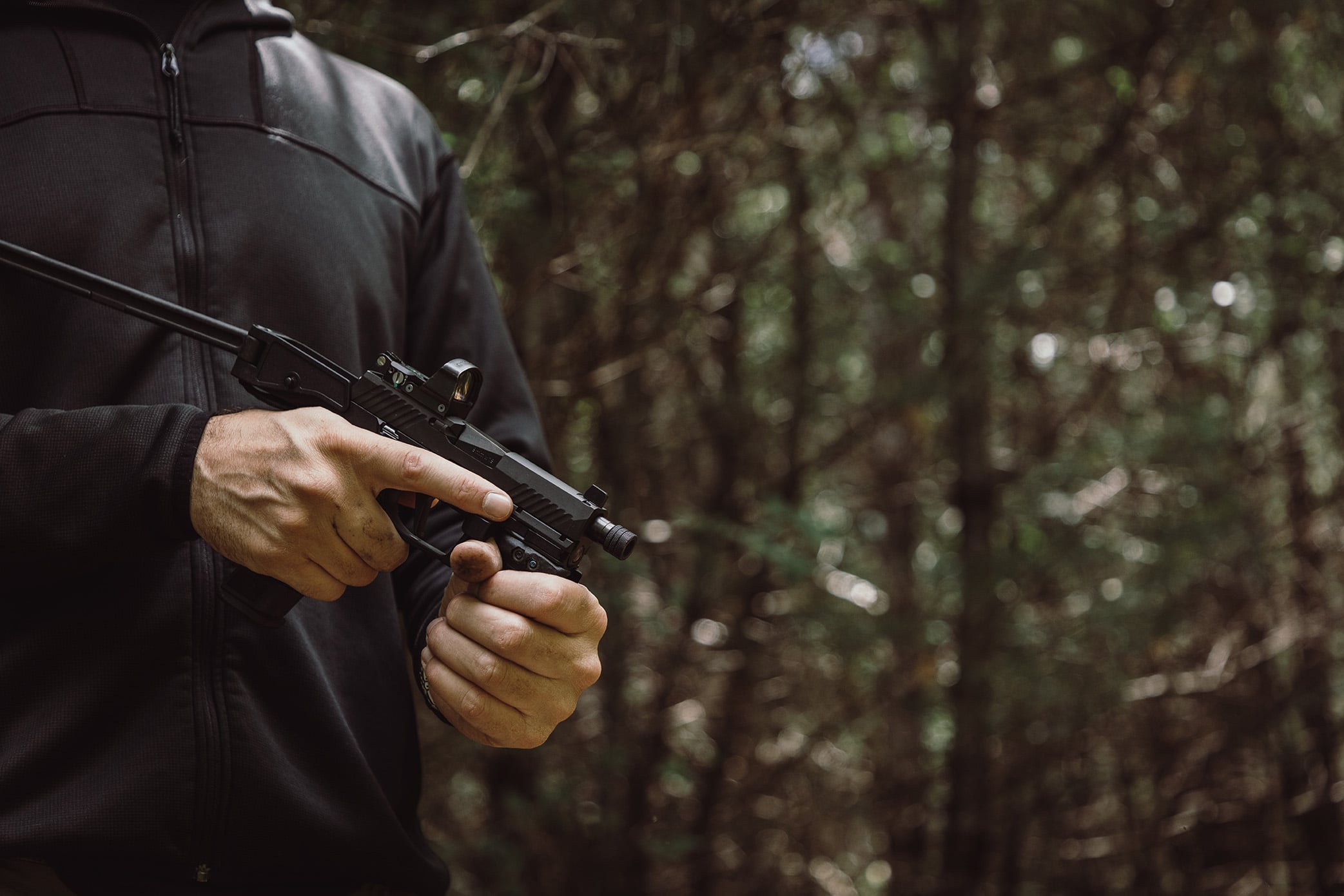 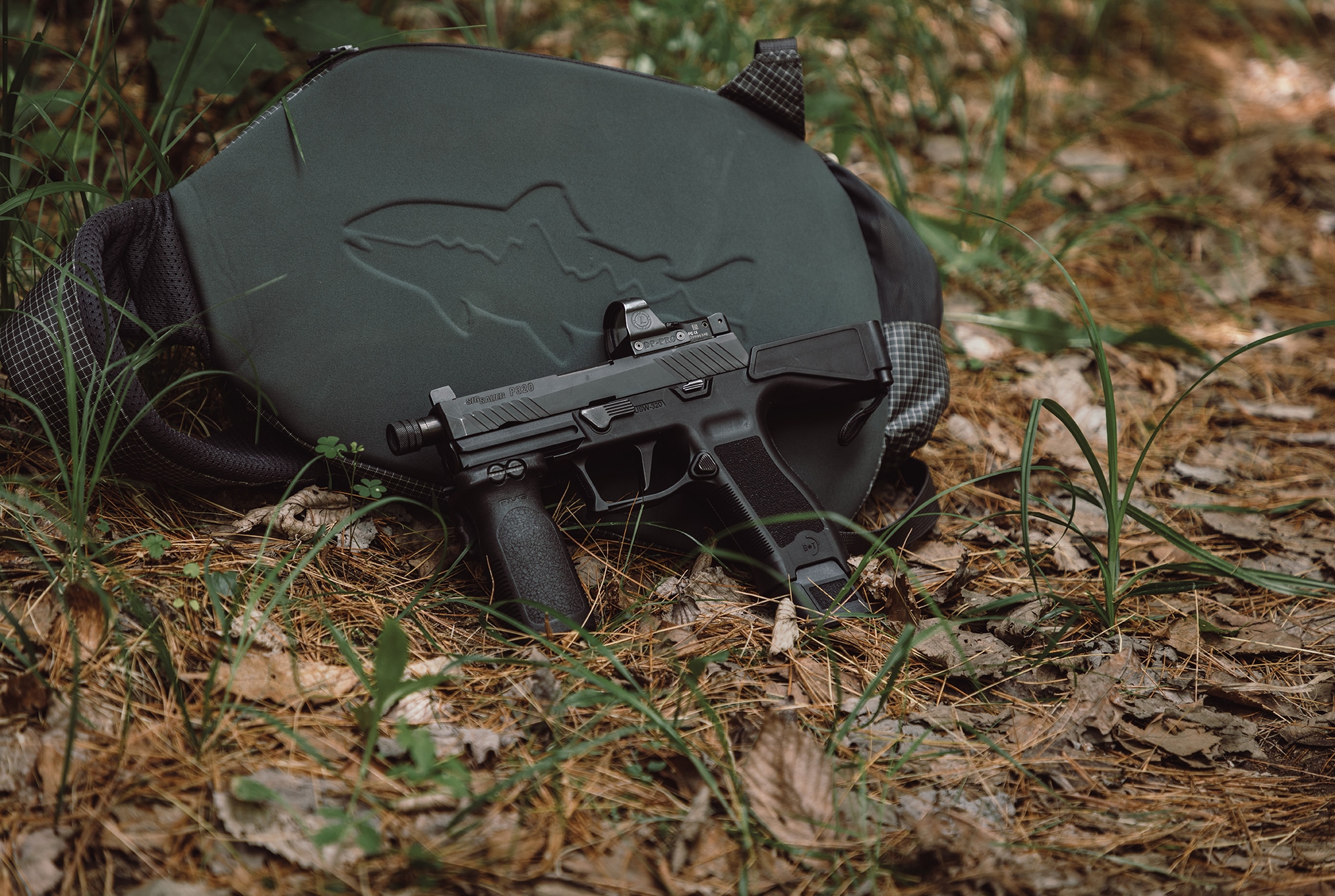 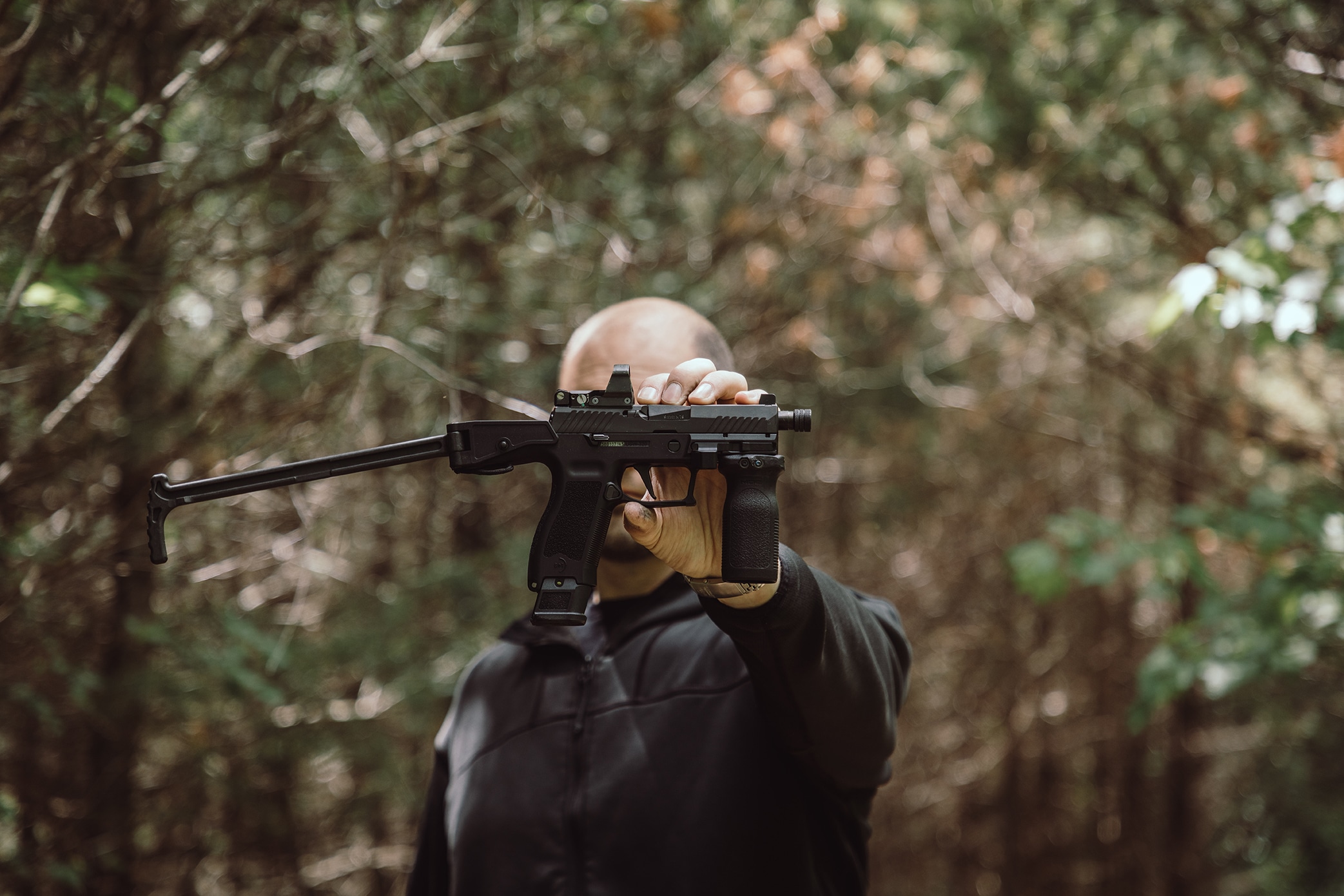 The Universal Service Weapon, or USW is in category entirely of its own. This unique platform bridges the gap between pistol and submachine gun; designed specifically for police officers, Gendarme, low-visibility soldiers and intelligence officers requiring a concealable pistol-sized platform capable of SMG-like precision, effective range and control.

The USW is similar in size to a traditional service pistol but incorporates a spring-assisted stock that folds flat against the receiver when not in use for a streamlined package and nondescript appearance. With the press of a button, the stock unfolds, and is locked firmly in place by the user, providing both a shoulder and cheek weld. The slope of the stock perfectly aligns the eye behind an Aimpoint ACRO P2 red dot sight affixed to a non-reciprocating bridge mount. The red dot sight coupled with additional points of contact greatly stabilize the platform — similar to a 9mm police carbine — thereby extending its effective range out to, and beyond 100 meters, even in the hands of average shooters.

If a policeman is a “First Responder” to an active shooter event, they're able to take immediate action — at a safe distance — even against heavily armed terrorists. Magazines of 17, 19 and 30 rounds are available. The USW concept is also available as a conversion and upgrade kit for other widely used service pistols. Concealment and level 2 duty holsters are available, as are full size and compact direct mount suppressors.