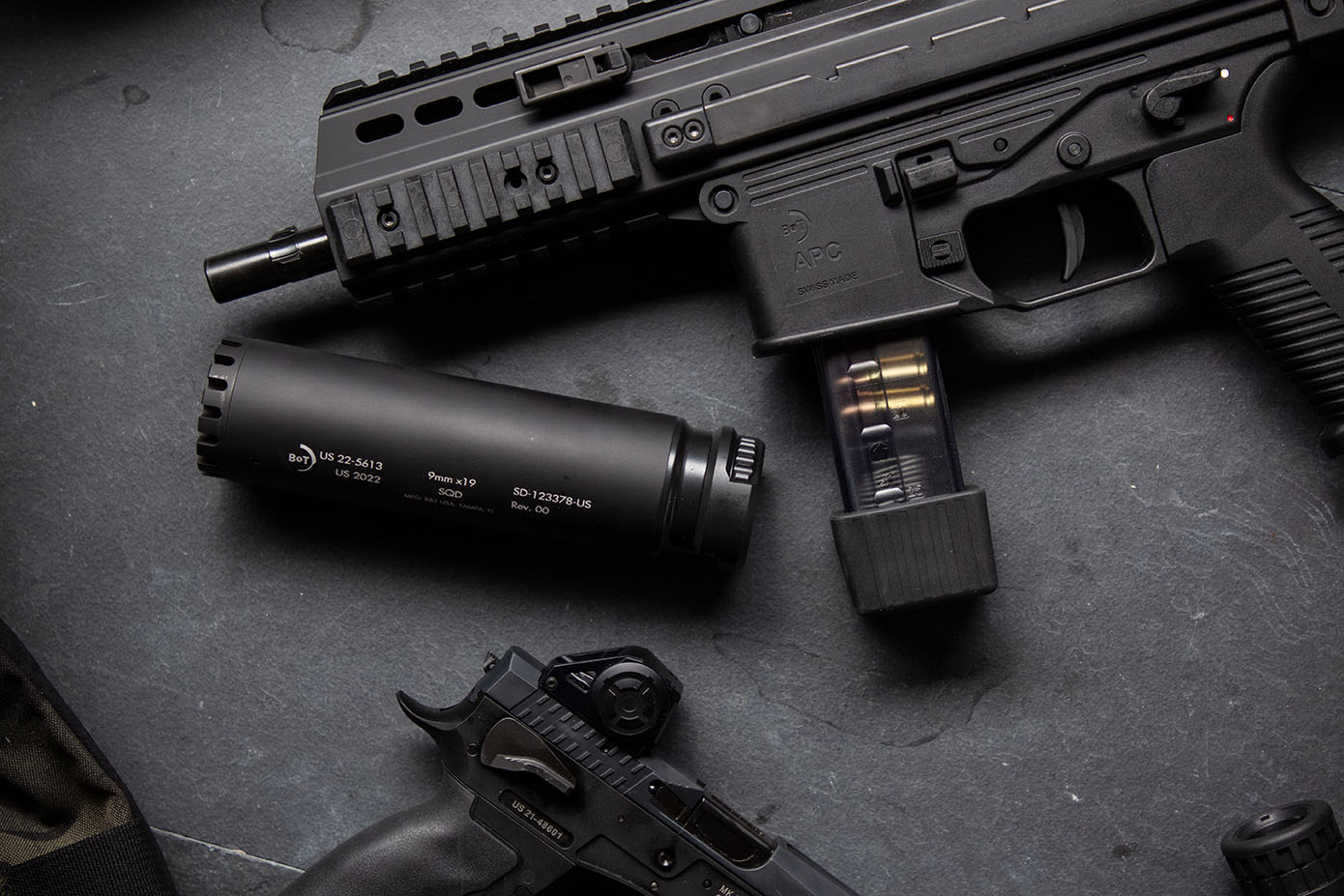 The new Super Quick Disconnect, or SQD attachment, for our RBS9 suppressor has many new features that have yet to be seen in any previous suppressor produced by B&T. The RBS9 SQD is an ingenious fusion of the reduced backpressure system (RBS) technology for which B&T is known for, and a totally new one-hand, 3-lug mounting system. The system is both smooth and fast to use.

The new SQD mounting system is perhaps the fastest 3-Lug attachment system of its type. The new RBS SQD suppressor will fit all 9mm weapons featuring a 3-Lug barrel interface. This includes but is not limited to B&T’s APC9, SPC9, GHM9, as well as HK’s MP5, MP5K and variants with in-spec tri-lug barrels.

The suppressor mounts onto the barrel of the submachine gun by simply pressing it over the barrel. The spring-loaded retaining collar will snap down onto the 3-Lug attachment, automatically locking the suppressor into place. The suppressor will remain securely in place, until the operator wishes to remove it. By simply depressing the tab, the suppressor is free to be removed from the barrel and stowed or reinstalled.